SHARE
With central access to major U.S. markets via two rail lines, no personal state or corporate income tax, a highly skilled workforce, and a cost of living that’s well below the rest of Texas and the country, Amarillo’s the place to be for lasting success.

These statistics demonstrate Amarillo’s route to success. According to the POLICOM Corporation’s 2016 Economic Strength Rankings, Amarillo is one of the top 100 ranked national MSA's and #10 in the economic powerhouse of Texas.

In addition to Texas not having a personal income tax, state property or unitary tax, Amarillo has a number of tax benefits, including:

With ample supply comes low rates. Amarillo’s electricity, natural and water rates are low, especially for natural gas, which among the lowest in the nation.

As the largest city between Dallas and Denver, Albuquerque and Oklahoma City, Amarillo has excellent connections. And beyond our famed Route 66, we are conveniently connected to the region and the country via rail, airports and highways. Our central position and access to a multitude of transportation options make it ideally suited for distribution and logistics operations. National companies, such as Ben E. Keith, Affiliated Foods, Inc., and AmeriCold, have built successful operations in Amarillo.

The mainlines of the Union-Southern Pacific railroad directly connect Amarillo to three ports: 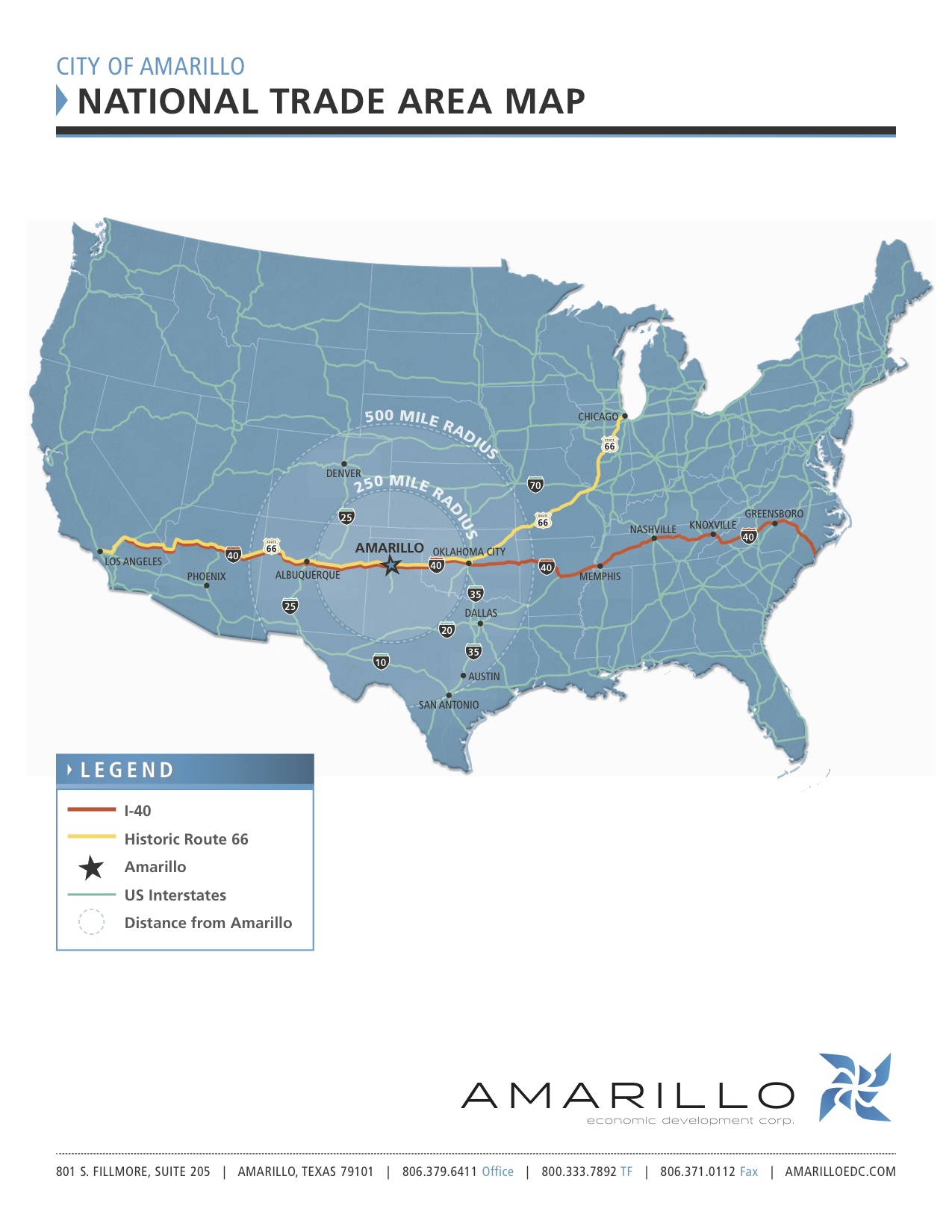 For our 26-county labor area, Amarillo is the hub for employment opportunities and education. Our labor force is young, educated, non-unionized, and also appreciative of Amarillo’s quality of life.

From expanding facilities or your workforce to retooling your equipment to training your staff, our Financial Services division taps into a number of programs to help drive your business forward. Programs address three primary areas:

is owned and operated by the Amarillo EDC. Consisting of 440-acres of prime industrial land and is equipped with one-mile of double-track  rail siding and two rail spurs traversing the first phase of the property. Siding is basically the “access road” of the mainline allowing BNSF to serve its customers without disrupting the flow of the 100-plus trains per day of traffic on the mainline. In all, there is more than 20,000-linear feet, or 3.75 miles, of rail located at CenterPort.