What Are Tax Abatements, And How Do They Work?

Establishing a business within a community requires the expenditure of considerable resources. Buildings and other infrastructure must be constructed. Employees must be hired, trained, and in some cases, relocated to the area. These expenses add up quickly and can make it cost prohibitive for businesses to expand their operations.

Tax abatements help reduce the initial costs of opening a business. They are granted by the city and can provide full or partial relief from property and other taxes for a specified period of time. This period is typically extended to between 5 and 10 years. This relief period frees up a company's capital so that it may be used to purchase equipment, hire employees, and commence operations.

Businesses don't qualify for tax abatements simply because they intend to establish a business within the community. Rather, businesses must demonstrate that their operations will make the community stronger. To this end, incentive packages offered to businesses contain provisions that require the business to make several commitments to the community-at-large.

For example, these provisions can require companies to contribute a percentage of the incentives back to their employees so that they can afford child care. They may also require contributions to community programs, or the funding of education and training programs for underskilled or disadvantaged workers.

The Direct and Indirect Impact of Tax Abatements

In 2012, the AEDC granted a tax abatement to Bell Helicopter, which facilitated the construction of a 249,000 square foot fabrication plant for the Relentless 525 helicopter. Set on 20 acres and with a project cost of roughly $27 million dollars, the facility employs more than 100 workers. These workers earn upwards of $15.5 million in salary and benefits. In turn, this generates nearly $800,000 in revenue for the City of Amarillo.

The indirect benefits of tax abatements offered to Bell Helicopter and other companies are also worth noting. The employees of these companies use their income to support other businesses within the community. Over time, this strengthens other businesses, which further expands the tax base and creates a long-term cycle of growth for the city and its residents.

Twenty-first-century business is fluid and flexible. Things can change rapidly, and that means some businesses that open their doors will eventually close them. However, that doesn't mean the citizens of a city aren't protected when a business is bought out, ceases operations, or otherwise doesn't follow through on their agreements with the City of Amarillo.

Companies enter into tax abatement agreements knowing that these agreements contain stiff penalties and what are referred to as "clawback" provisions. Should a company not follow through on the agreement, they are required to pay back the abated taxes owed to the city.

We invite you to contact the AEDC to learn more about the ways we are using tax abatements and other incentives to make Amarillo the strongest and most competitive city in the state.

Learn who Amarillo's top employers are! 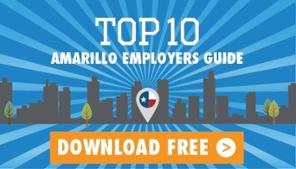