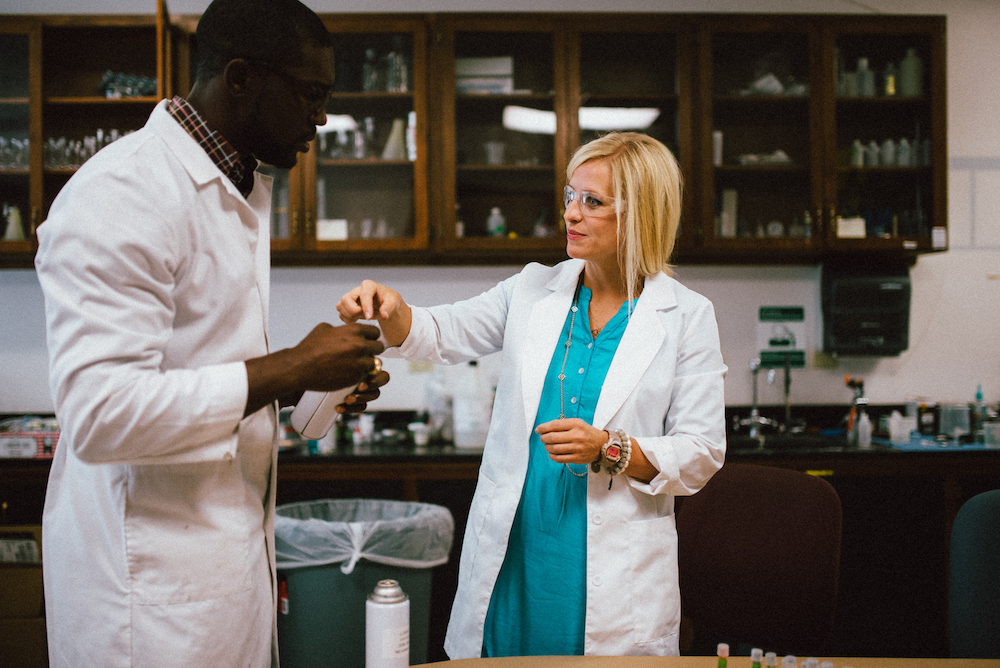 Looking for a Technology and Innovation Hub? Look no Further than Amarillo

Amarillo is at the cutting edge of nanotechnology, oncology and aerospace research (to name just a few).

The Amarillo sky is clear and luminous, punctuated by cotton ball clouds. Swathes of cerulean, magenta, and violet sweep across the unending expanse, as a brisk, almost stern, wind whips up out of nowhere, dying down almost as suddenly.

It is quiet. If you closed your eyes, your imagination might transport you back to the days of the Forth Worth and Denver City Railroad...back to pioneer days.

The thing is, you'd be right at home.

Today's Amarillans are just as pioneering as their forefathers, in areas as diverse as mechanical engineering, security technology, and anticancer drug discovery.

You might not think of Amarillo as a hotbed of technology and innovation. But, you ought to think twice.

Dr. Emily Hunt is about as far from your stereotypical mechanical engineer as you can get. Young, passionate and effervescent, this former cheerleader and mother of five is breaking barrier after barrier in nanotechnology.

"We're about one scale bigger than the atomic scale," Hunt explains, "and materials on the nano scale behave differently from any materials we've worked with before. So the work is really cutting edge; it's transformative for technology development."

"Originally we were trying to develop materials that could resist bacteria like anthrax," Hunt says of the technology, funded by the U. S. Department of Defense's Defense Threat Reduction Agency. During their work, she and her team realized it had potential for a number of industries.

"So now we have a start-up company--commercialized through the Texas A&M University system." The start-up creates materials for use in the food preparation industry, for clean-water applications, and much more.

"After 9/11 the threat changed. Now we had to figure out how to use technology, not just 'guys with guns' to defend the site."

Jake Brecheen speaks of his early years at Pantex, the country's primary facility for the final assembly, dismantlement, and maintenance of nuclear weapons, situated just north of Amarillo.

Pulled into the security division because of his IT expertise (he is a trained network engineer) Brecheen created an initial prototype of extremely high-end command and control architectures that would allow the organization to defeat a new kind of adversary.

This caught the attention of one of the top U.S. Department of Energy officials, "He said, 'why the hell don't all my sites have this?'" Brecheen recalls.

That kickstarted his career.

"We come in and we say, OK; if you want to be 95% effective against this threat, here's how you can do that and how much it will cost. Maybe it costs $2 million; but if you could be 90% effective for $1 million, would that be good enough?"

Confluence then builds and maintains the custom command control communications infrastructure--think a sci-fiesque command center with multiple monitors streamlined and integrated into one virtual system--that allows its clients to sleep better at night (somewhat).

In seven years, the company has mushroomed its revenue from half a million dollars to a projected $4-$5 million in 2017. And despite his road warrior lifestyle--Brecheen travels 50% of the time--he has no plans to stop.

"We see how what we do affects people's lives on a daily basis. How do we keep them safe and secure? How do I make your life safer?"

"Being able to have that sort of impact on so many people is huge, and we take that very seriously."

"How can small molecules be used to protect neurons in the brain from dying?"

This isn't just a rhetorical question.

It's what Dr. Paul Trippier--a native of Manchester, U.K., a chemist by training, and Assistant Professor, Pharmaceutical Sciences, at Texas Tech University Health Sciences Center's (TTU) School of Pharmacy--is bent on finding out. Dr. Trippier could have chosen to work most anywhere in the world, but he's right at home in West Texas.

In addition to finding better ways to treat Acute Myeloid Leukemia (AML) in children, Trippier's team is zeroing in on Batten Disease--an extremely rare and fatal neurodegenerative disorder--to answer this question. But why?

"We've identified 6 or 7 compounds that can actually protect neurons 'in the dish.' Now we're using stem cell technology to see if we can grow diseased patient neurons, and get full translation into human neurons."

"If we can, that would be a good step forward to getting it into the clinic sometime in the future to actually help people."

In other words, if Trippier's team is successful, their findings could radically change how Parkinson's, Alzheimer's, or a whole host of neurodegenerative diseases are treated.

Hunt, Brecheen and Trippier are just three of myriad dedicated pioneers changing the world from the Texas panhandle.

And they are unanimous in their opinion that the Amarillo air and way of life is integral to their success.

"We use what God has given us to help other people and to make lives better," says Hunt. "That's a general consensus here, so it's a different place to live."

Brecheen agrees. "The support network here with the WT Enterprise Center, the talent pool thanks to the universities, the West Texas Angel Network..they've all been so critical to my success, I can't see how I would have been successful anywhere else."

Adds Trippier, "We're very collaborative here. The community wants you to succeed, because if you succeed, they succeed. That's really unique."

These are today's pioneers. These are Amarillo's local heroes.