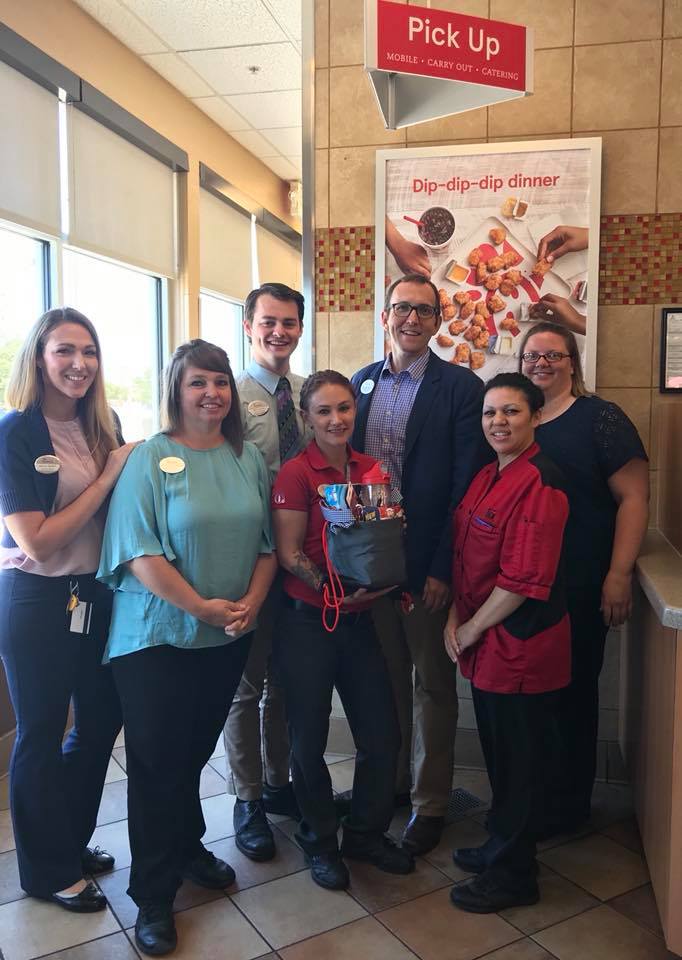 The latest episode of Amarillo Economic Development Corporation’s Build Your Talent Toolbox was focused on Hiring the Right People. Margaret Graziano, a leading talent management expert from Keen Alignment, spoke about creating purpose-driven roles and setting the right expectations for employees. Sabrina Meck Perez, AEDC’s Director of Workforce Attraction & Retention, sat down with local employer Joshua Raef, owner/operator of Chick-fil-A Georgia Street, to get a local perspective of how to hire the right people in the Amarillo area.

Raef: “(Employers)” can’t pretend that things are still the way they used to be when there were “Company Men” who stayed for pensions. That paradigm is no longer with us. As employers, we can grumble about it or we can be on board and say how can we help millennials be more loyal by giving them the sense of purpose they are looking for. Something Margaret alluded to is the idea that millennials may say they want perks but even if they go to a workplace that provides all of those things, if there's no anchor of a sense of purpose or values and a good culture, they're still going to leave that job.

It may be harder on the front end, but once you focus in on your purpose, communicate that really clearly to your workforce, and work to consistently connect actions to that purpose, it becomes easier.

Perez: That is a great transition to another key takeaway that Margaret presented. She says you should have a mission that is compelling and points to specific values and then identify hires according to those values. Once the hires are settled into their roles, you connect the tasks that they're doing back to the corporate values. This helps to illustrate purpose-driven roles instead of task-driven roles. Would you agree? 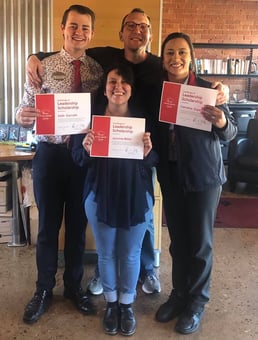 Raef: Absolutely! At Chick-fil-A, we have a lot of tasks, but I would say what we do, we do with purpose. The purpose of Chick-fil-A Georgia Street is “make lives better by making days better.” We’ve identified helpfulness as wanting to make people's lives better. So our core values of excellence, stewardship, and joy all connect into that higher purpose. We hire for helpfulness and then we always connect our values to what they're doing in the job.

We tell the kitchen staff all the time about how they’re the foundation that the house is built on. At the end of the day, we’re a restaurant company that makes really good food and that must be right in order for us to be successful.

Perez: That’s fantastic insight. Can you tell us about your core principles of hiring?

Raef: If it's not an absolute yes, it's an absolute no. If your gut says “no” in an interview, there's a reason. We should trust the “no” but our brain can be tricked into saying “yes”. Our gut can say “yes” to a particular candidate because of a bias we have or the need to fill a position quickly. People can be great in interviews and not be great hires. You have to trust your gut in those “no” decisions. With “yes” decisions, never trust your gut. Always look at past work history if you're able to. We always call references. I am amazed at the people who don't call references.

Another principle is to take it slow. When I first took over Chick-fil-A back in 2006, the transition was a disaster. We lost the entire crew within the first six weeks, except for two people. My gut reaction was to hire incredibly quickly. If you had a pulse, I’d have hired you. However, doing that made things way worse over the next eight months. It was horrible because these people didn't have my interests or my customers’ interests in mind. It was so bad that at one point, one kitchen staff member was arrested for murder during Christmas. Sadly, I have countless more stories like that that could be shared.

That following spring, we scraped together our meager leadership team and said we would rather be short-handed than just hire anybody. We were committed to being short-handed as long as we need to. We had three long months until we finally had someone who matched our values walk through the door. Another hiring principle is your best place to find new employees are your existing employees. If your current employees are great, they tend to hang out with similar folks.

That one person who knew a couple of people, and from there, we started building our staff out. Over four years at the mall location, we doubled sales. We won the chain’s highest sales growth award for three out of four years. It is all because of that very simple principle: that we'd rather be short-handed than just hire anyone.

The next principle, we look for are the “Three C's”: character, chemistry and competence. Number one is character. Does this person seem to be basically a good person? Do they have interests outside of themselves? Do they volunteer in the community, or are they doing something worthwhile like school or raising a family? Number two is chemistry. Are they going to mesh well with their existing teams? Number three is competence. Do I have a read that they're going to be able to do the job? If any one of those Three C’s is missing, we don't hire them.

Perez: I think employers reading this are automatically going to think, “Well that's great, but what if the people that already work for my company don't align with my vision? What if I create a culture and I still have people that I've already hired that aren’t supporting the mission of the business?” In the State of Small Business and Retail, that the City of Amarillo hosted last year, you talk about really having the permission to fire people.

What would be your encouragement to those employers?

Josh: It's so worth it in the long run. One principle we have is that we're slow to hire but quick to fire. If somebody is not meshing well, we first make sure that there's not a better spot in the organization where they could thrive. Jim Collins talks about having the right people on the bus. Once you get the right people on the bus, do you have them in the right seats? However, if we try that and it’s unsuccessful, I'm going to free them to go so that they aren’t stressed out working for us. Keeping them doesn't do me any favors and it doesn’t do them any favors.

It’s important to be quick to fire especially when there are people who can be cancerous on the culture. Everybody knows who they are. Those people can be the hardest to fire, because oftentimes they've ingratiated themselves into positions of power in the organization where they feel indispensable. If you have the courage as a leader to part ways with that person, it is one of the best services to your organizational culture that your people will thank you for. The worst thing about those folks is that you actually lose good people over the course of months or years because of that one person. Be courageous.

Remember culture is just what you already have. Take inventory of what you already believe, what your people are already passionate about. Whiteboard that and then funnel it into a purpose. The only thing you need to take it from good to great is actually naming it and communicating that. Don’t overcomplicate it by leaving town to do a retreat and come back and throw something that is completely different out there. It could be that you have good people who just need a little inspiration by being shown what they already believe in. Add fire to that and the company can help them grow that culture.

Perez: Sam Silverstein said “if you don't know what your corporate culture is, you just ask people; they’ll tell you exactly what your culture is.”

Raef: Yeah, and that can go the opposite way too. We can be so hard on our own cultures, don't discount that. Listen to what’s bad and fix that, but also ask them what's good. That feedback is going to help you form the basis of what you need to work on and promote in the positive.

Perez: Is there anything else you want to add?

Raef: People can be our greatest curse, but they're also our greatest blessing. I don't care if you're making a chicken sandwich or sweeping floors, we’re all in the people business. Figuring this stuff out is messy. It's not as clear cut as crunching numbers on a spreadsheet, but it is the most rewarding work. I don’t care what you do, but if you can figure it out, your organization is going to thrive.

If you missed the last Build Your Talent Toolbox, but still want to know how to hire the right people, check out some quick questions we asked Margaret about hiring and leadership. If you have questions you’d like to ask her, join us for a free webinar with Margaret on May 30th!