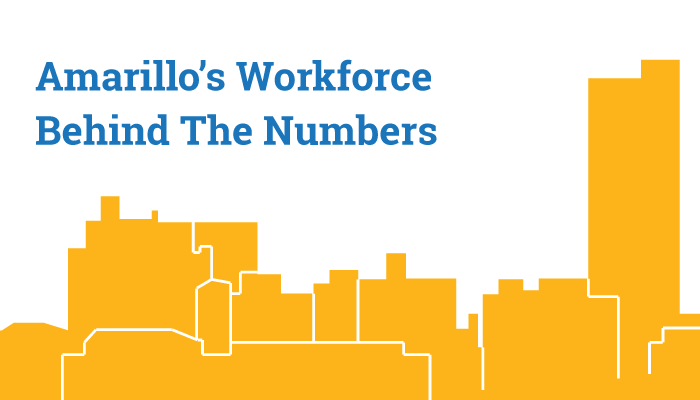 Amarillo's Workforce: Behind The Numbers

Amarillo has long been recognized as a hub for agricultural growth. However, with the establishment and expansion of West Texas A&M University, Texas Tech Health Services, and Amarillo College, more young professions are heading into the city to further their education and experience. Amarillo is becoming a melting pot for entrepreneurs, business professionals and industry leaders alike.

So how has this shift impacted our local workforce? We partnered with the City of Amarillo, Avalanche Consulting, and CDS to conduct a thorough Community Assessment of Potter and Randall County. According to these new statistics, Amarillo’s workforce is diminishing – and at an alarming rate.

Over the past five years, Amarillo’s population has grown to 4.5 percent, faster than the national average. Most of this growth occurred in Randall County. Amarillo is a relatively young community with a high concentration of residents between 25 and 44. The population is 61 percent white, but the white population has been shrinking in recent years. Amarillo also has a larger share of foreign-born residents than the national average.

The labor force participation is falling in Amarillo. Additionally, in the past five years, the labor force size has only grown 0.8 percent, which is well below the national average. The reason for this might be that many Amarillo residents leave for larger cities.

In the last five years, the share of Amarillo’s labor force with some college or a college degree has grown more quickly than the national population. There is also a declining number of workers with only a high school degree or less. 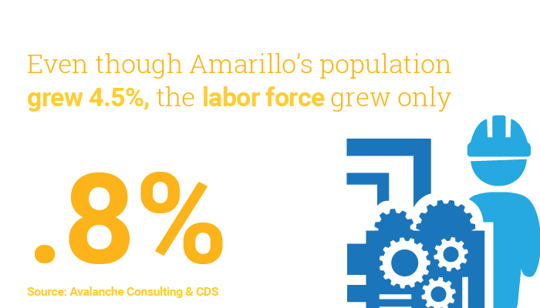 What This Could Mean For Amarillo

Amarillo’s declining labor force could become a significant problem in the future. If the trend continues, employers looking to expand or relocate to Amarillo will face even greater hiring challenges. Labor shortages could force employers to consider other locations for their operation, which would hinder Amarillo’s growth and economy.

While Amarillo’s non-white population growth is increasing, a lower share of this population has bachelor’s degrees and a higher share is in poverty. If these residents aren’t better connected to training, education and career opportunities, the availability of skilled workers could decrease even more substantially. 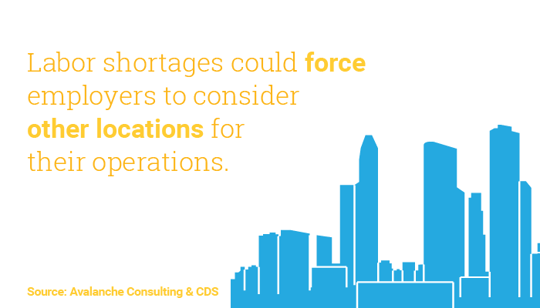 Hope For The Future

The number of people with at least some college experience participating in the labor force grew more rapidly than the overall population. This indicates that Amarillo is attracting and retaining more educated, young professionals. Although the labor force has been decreasing, this trend provides some hope that the workforce will contain more skilled, qualified professionals. 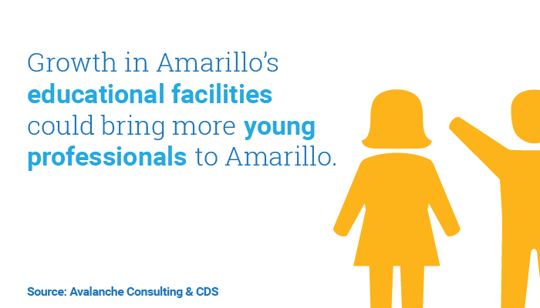 Amarillo’s workforce is declining. Our partnership with Inc. Magazine hopes to change that.

The best solution to our diminishing workforce is to attract more entrepreneurs and young professionals to Amarillo. Considering its stable economy and low tax rate, Amarillo is the ideal location for business leaders to expand their companies or start up a new business. However, many people are unaware of Amarillo’s potential and available opportunities.

By showcasing budding Amarillo entrepreneurs, Inc. Magazine hopes to redefine the city’s agricultural image. These articles could attract new businesses to our area, bringing job opportunities and an influx of skilled professionals along with it. 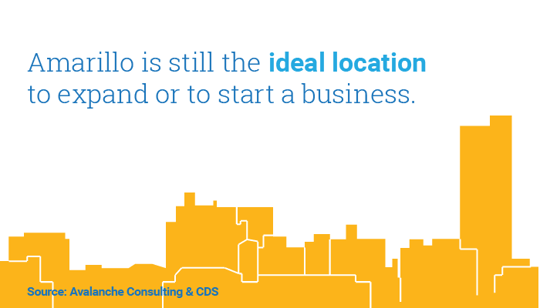 Learn more about how Inc. Magazine plans to showcase Amarillo as a center for economic growth and entrepreneurship, HERE.

Stay updated on the Amarillo and Inc. Magazine partnership. Sign up for updates below.