The Amarillo Economic Development Board of Directors is pleased to announce Barry Albrecht as President and CEO, effective January 23, 2017. 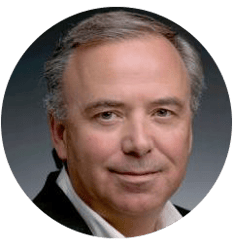 Mr. Albrecht has served in economic development for more than 26 years with a special focus in the Aerospace & Defense industry sector and previously as the CEO of the Lawton-Fort Sill Economic Development Corporation.


“As Chairman of the Amarillo EDC Board of Directors, I couldn’t be more pleased with the selection of Barry Albrecht as President and CEO,” said Brian Bruckner. “Over the past several months, the Board has reviewed several candidates for the executive position. During that search, we discovered that Barry is a results-oriented leader that is driven by a high ethical standard. He recognizes the need for organizational transparency and aims to maintain the reputation of excellence Amarillo carries throughout the State. We are confident that Barry’s experience and leadership are just what is needed to help the organization and the city continue to be successful for years to come.”


Albrecht looks forward to leading our organization and working closely with the Amarillo community.


“The Amarillo EDC maintains a national reputation as a Center of Excellence as an economic development organization,” he said. The staff is highly respected throughout Texas as technical experts of economic development that also maintain a very high level of integrity and an authentic cooperative spirit. I consider it an honor to serve this community and the State as part of this organization. I am looking forward to working with the Board of Directors, community leaders, and local industries to develop quality employment opportunities for Amarillo. Together, we must insist on continuing to diversify the economy and provide career opportunities for citizens and our children.”


Mr. Albrecht was born in Texas and grew up in an Army family, and has lived all over the United States, Europe and Asia. He previously served as CEO of multiple Arizona-based economic development corporations that also served large military installations.


Mr. Albrecht has been directly involved in national committees and local organizations that served in protecting military installations from closure and assisted in the development of expanding the military missions in Arizona.


As an economic development executive, Mr. Albrecht has directly been involved in the recruitment, relocation and expansion of numerous technology-based industries and aerospace companies, which accounted for thousands of new high-tech and homeland security-related jobs. He also has been directly involved with other Fortune 500 industries such as Northrop Grumman, Aegis Communications, Monsanto Research, Boeing, Serco, Federal Express, Goodyear Tire and Raytheon.


Mr. Albrecht served as Co-Chair of Arizona Center of Excellence, which focused on Arizona’s aerospace industries in expanding the business base in the state. Mr. Albrecht also worked 12 years with Hughes Aircraft as an engineer and Business Development executive and served 6 years in the Army as an aviator in the Military Intelligence Corps.


For more information, contact Reagan Hales, Director of Marketing & Communications at Reagan@amarilloedc.com or 806-379-6411.