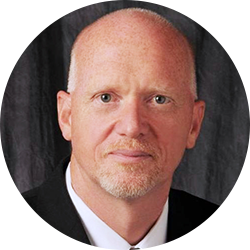 “We are delighted to have Doug Nelson as Interim President and CEO of the AEDC during this transition period,” said Laura Street, Chairwoman of the AEDC Board of Directors. “Doug is a world class leader who brings a wealth of experience during this important time for the organization. As a Board, we are confident that Doug’s industry expertise as well as his local and national relationships will serve the AEDC well during his time as Interim CEO. The board looks forward to beginning the search process towards hiring a permanent CEO.”

“I am proud to once again serve the Board of Directors and the Amarillo community as Interim President and CEO of the AEDC”, stated Doug Nelson. “I am looking forward to continuing the good work the organization has been focused on over the past several months and pushing those forward to fruition. I am confident in the organization’s ability to capitalize on the opportunities ahead during this transition time.”

With over 25 years of experience in economic development, including his role as Executive Director of the Texas Panhandle Regional Development Corporation (TPRDC), Nelson has a proven track record of successfully leading and managing a diverse portfolio of projects, budgets and staff.

The Amarillo Economic Development Corporation (Amarillo EDC) is the primary economic development engine of the Amarillo community, responsible for industry growth and job creation through business attraction and retention initiatives.  The mission of the Amarillo EDC is to attract businesses to Amarillo which offer highly skilled, highly-paid positions; to expand and retain existing local businesses in Amarillo, and to foster a business environment conducive to entrepreneurship.