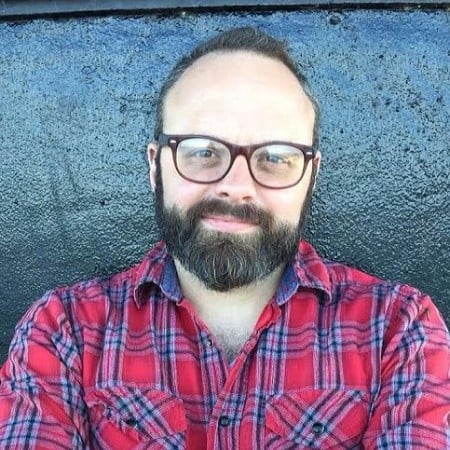 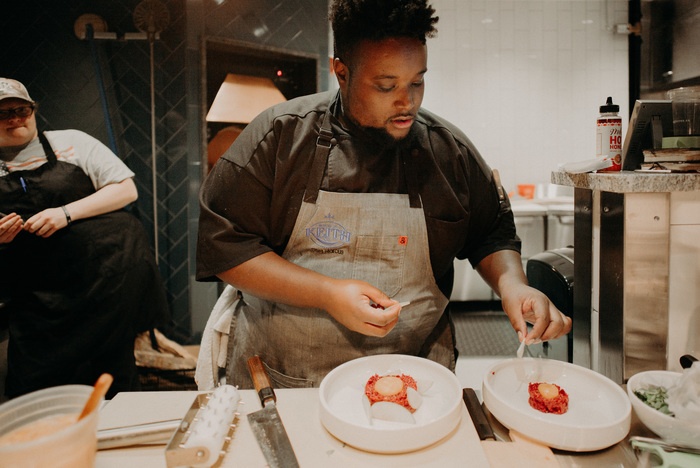 In An Emerging Southwestern City, A Culinary Scene Blossoms

Perched atop the high, flat prairie of the Texas Panhandle, the city of Amarillo is experiencing a cultural boom. Through much of the twentieth century, Amarillo often felt like an outpost on the edge of the universe. Yet, with the advent of the internet, the city has launched itself into the new century with gusto.

The area now boasts a quarter-million people, and the city just broke ground on a massive downtown stadium to host its newly arrived minor league baseball team. Amarillo has gained a national reputation as a craft-coffee hub, the city’s music scene is drawing crowds nightly, and a couple of new breweries are delighting local beer lovers.

And then there are the restaurants.

For most of its history, Amarillo has been famous for only one kind of food: beef. In fact, Amarillo-area ranches produce 30 percent of the nation’s beef and 90 percent of the beef in Texas. But cows no longer define local menus.

The quinoa cakes at Yellow City Street Food have developed a loyal following. At Girasol Café, you’ll find freshly baked blueberry scones and out-of-this-world sweet potato tacos. Downtown, you can stop by Crush Wine Bar and try the Vera Cruz sandwich topped with avocado and a fresh helping of the hummus of the day. Crush, as it happens, is on the brink of completing its new two-story location in the heart of downtown, a site the wine bar will share with Six Car Pub and Brewery. Six Car, too, plans to offer vegetarian and vegan fare alongside farm-to-table meat dishes and beer crafted from locally malted hops — all served in a gleaming new venue with stunning rooftop views.

Much of the resurgence of Amarillo’s cuisine stems from the habit of Amarilloians to return home after seeing the world. The city’s chefs are no strangers to this phenomenon; many local chefs have worked in bigger cities before bringing their knowledge back to the High Plains.

Among their ranks are Marcus Snead, a graduate of the legendary French Culinary Institute in New York City, who has returned to the Panhandle to launch his new venture, an intimate whiskey-and-pizza eatery called Barrel and Pie. And then there’s Rocky Dunnam, a Cordon Bleu grad who left his job as Chef de Partie at Arizona’s Sanctuary Resort and Spa to return home and ply his craft.

Jeff Taylor, another popular local chef, was once the Lead Cook at a Platinum country club on Chicago’s North Shore. Taylor is a former Chicago comedian who now serves as Executive Chef at the Amarillo Club, an elegant eatery perched atop the tallest building between Dallas and Denver.

“[Amarillo is] learning to walk and run at the same time,” Taylor says. “When I first moved to town, all people wanted was chicken fried steak. But in the past few years, you’ve seen some really interesting concepts develop. There’s a lot of chefs that are trying to push their limits.”

To get a true sense of the burgeoning food culture in this windswept city on the plains, you need look no further than a local nonprofit alliance of gourmets. Marcus Calderon, a produce specialist at Ben E. Keith foods, first conceived the idea of the West Texas Chef’s Table a couple of years ago as he was delivering produce to Amarillo’s chefs. It occurred to Calderon that his network of culinary friendships might serve a larger purpose, so he invited a few dozen local culinary artists to dine with him. Out of that meeting grew the Chef’s Table, a cooperative endeavor among the city’s culinary wizards. 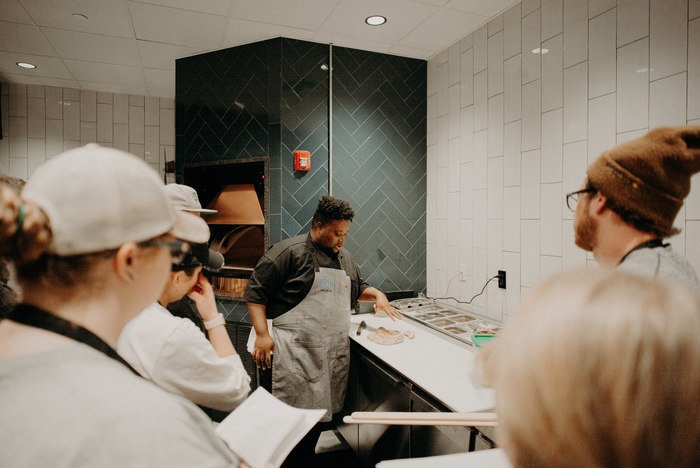 The Chef’s Table hosts monthly pop-up events around the city, where as many as 40 chefs come together to show off their skills. Proceeds from the events go to high-school culinary programs; many of the participants have even taken to visiting these schools to encourage kids who dream of one day running their own professional kitchens. A portion of the profits from the group’s most recent event — hosted by local distributor Reed’s Beverage — went toward stocking the kitchen at nearby Boys Ranch, a school for at-risk teenagers nestled among the rolling mesas northwest of the city.

The culinary artists of the Chef’s Table have proclaimed the initiative a winner for everyone involved. The city’s chefs gain a sense of esprit de corps while upping their game, Amarillo’s residents benefit from next-level eats and adventurous dishes, and the youth of the High Plains gain confidence by learning to cook in immaculate kitchens. In addition, a good deal of networking occurs at these events, which bring together business owners, artists, freelancers, and West Texans from all walks of life.

“The idea,” says Calderon, “is to give back to our community and to motivate the younger generation.”

Amarillo consistently ranks near the top in Texas economically. Last year, the city ranked ninth on a list of the best places in the U.S. to start a business. That ranking is proving increasingly accurate as new eateries seem to pop up almost weekly around town. And the city’s residents are taking notice.

“People are stepping out of their comfort zone,” chef Jeff Taylor says, “and realizing there’s so much flavor that was being ignored before.”